This past weekend my wife’s iPhone was stolen from a store in Secaucus, NJ. While in store, she placed it down to try on a pair of shoes and then moved an isle down to take a look at another item which was long enough for the phone to “disappear”. Once she realized that she was missing her phone it was too late. The phone was gone, it was nowhere in sight. We traced our steps back and looked everywhere, I called it several times, but it was nowhere to be heard either. Then I remembered that I installed Find My iPhone on both phones and have tried tracking it from my phone. After a couple of failed attempts to locate the lost (stolen?) iPhone it finally displayed on a map, it was somewhere in the parking lot. We ran out to try and get a better location when all of a sudden it started moving. Its next stop was a Walmart parking lot in and this time we were able to narrow it down to within a few parking spots. Unfortunately, several cars were leaving that area as we arrived and the phone was on the move once again. Here’s where the fun really begins.

After a brief detour to fill my car’s gas tank and to drop my wife off to enjoy a sunny day by the pool (no sense in both of us spending time on this potentially useless chase) 😉 I was back on the trail of the stolen iPhone. Now, the app was showing it to be at a church’s parking lot in Fairview where it actually stayed for quite a while (at least it felt that way considering I was refreshing the screen every 30 seconds). This was good news as it gave me time to catch up, but as I was within a few blocks of that location, it started moving again – this time, heading back down towards Route 3. If you are familiar with that area (Fairview and North Bergen) you know that quite a few streets are one way which made my tracking a bit more difficult, but I finally caught up to my “blinking dot” in Union City, NJ. 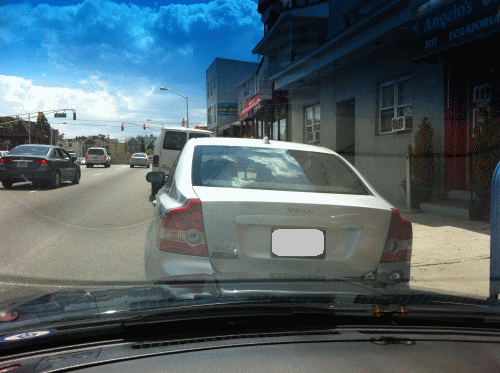 License plate is obscured to protect the not-so-innocent

At a particular intersection, the app was showing the phone right in front of me (and as I remembered seeing this Volvo leaving Walmart’s parking lot) it all made perfect sense – I found him. The driver (who I also recognized from Secaucus) fed a parking meter and walked into a bar. So did I… 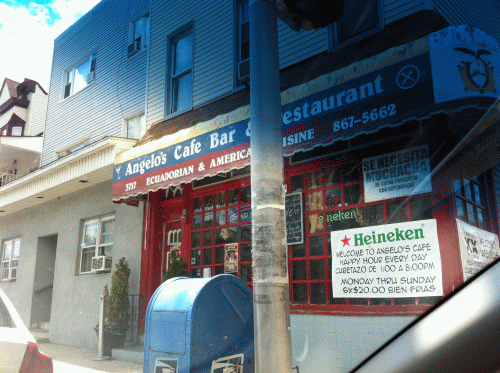 Bar where we had our chat

After a brief conversation (where he tried to come off as a good Samaritan) he was very apologetic and accommodating in returning the phone to me. It was in the trunk of his car under a bunch of towels and blankets – luckily none of them could interfere with the GPS signal. 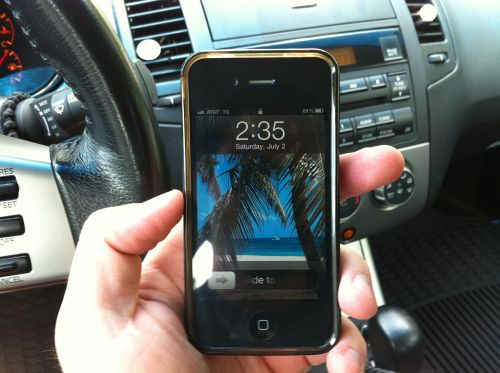 While the search lasted a bit longer, the actual conversation was very quick. Within a couple of minutes of arriving at the GPS location I had my wife’s phone back. 🙂 All in all, a very happy ending to this escapade (for me at least).

In short: If you own an iPhone (or any other iOS device) make sure you install this app now. As you can see, it can be very useful in getting your stuff back. 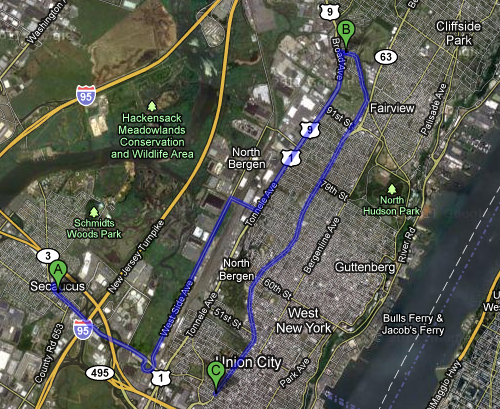 Find My iPhone app (along with Google Maps app) was instrumental in recovering the stolen iPhone, but I would like to see it further developed to include the following:

This site uses Akismet to reduce spam. Learn how your comment data is processed.