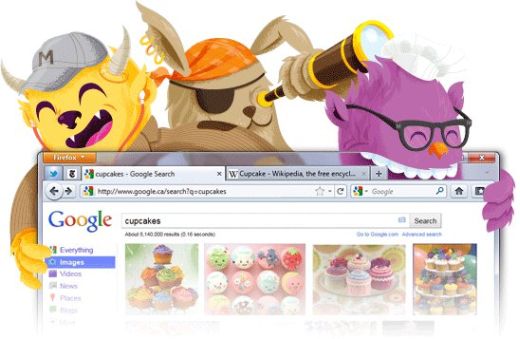 Firefox 6 “eating” the web (or only cupcakes)?

Firefox 6 is here, now what. Mozilla’s rapid release development cycle for Firefox is getting a bit out of hand as it seems that every 6-8 weeks they release a new full version of their browser which causes difficulties in enterprises. Even their Rapid Release Calendar looks insane.

Don’t get me wrong, I’m all for keeping up with security and performance bugs and making their browser (and all other software) as stable and secure as possible, but when it causes difficulties for businesses to test their applications and services then it makes me wonder whether Firefox is enterprise ready. I’m still in favor of sticking with it, but Chrome is looking better each day.

On the other hand, according to Mozilla’s release notes Firefox 6 is faster (especially with their Panorama feature); address bar now highlights the domain of the website you’re visiting (feature that Chrome and IE9 have had for some time) and is more secure. One of the new security features allows users to configure website permissions by typing about:permissions” on the address bar and then configure settings such as pop-ups, data storage, cookies, location sharing and passwords.

In short, improvements are great, but it looks as if the version numbers are slowly becoming meaningless while potential testing overhead is not taken into serious consideration.

This site uses Akismet to reduce spam. Learn how your comment data is processed.